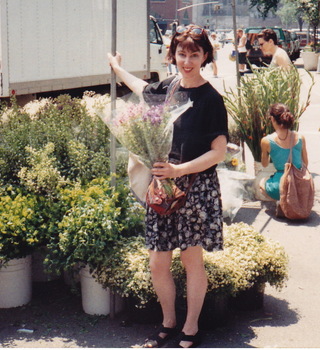 "I picked posies just for you!" (from SPLISH, SPLASH, SPRING)

“Three playmates and a dog explore all the delights of spring…. Carr’s bouncing rhymes are full of choice adjectives – sloppy and bloomy, swooping and snapping – and there’s plenty of visual appeal along with the auditory fun.” – Booklist 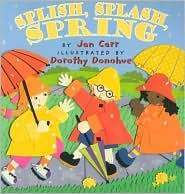 Splish, Splash, Spring is the second book I wrote in the seasons trilogy. Trilogy, you say? Why are there only 3 books? There are 4 seasons! True, but these books have been enjoyed in a lot of schools, and schools aren't in session in summer. So the books ended up being about winter, spring and fall.

Also, I didn't want the books to be just rhymes. I thought of them more as word play than rhyme. I use a lot of alliteration, which is when the sounds of the consonants are repeated, for example, the S sounds in "Spring is sloppy," the P sounds in "Plucky petals," the B sounds in "Boughs are bloomy," or the consonant blend Th sounds in "Thunder threatens."

But the books don't just play with consonant sounds. There are also a lot of vowel sounds. Did you catch the Long A sounds in "Days are playful," or the Long O sounds in "Hocus-pocus/There's a crocus?" When an author uses vowel sounds that way, it's called "assonance." 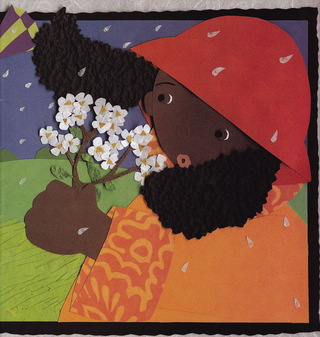 Did you notice the art? Can you tell how it was made? It's collage, of course! Because the pictures are made out of cut-out pieces of paper, which are layered, they almost look 3-D. The illustrator, Dorothy Donohue, gave me a piece of art from the book, and it hangs on the wall right above my desk. Thank you, Dorothy! It's fun for me to look at it and notice how she cut out every blade of grass. Imagine how much patience that took!