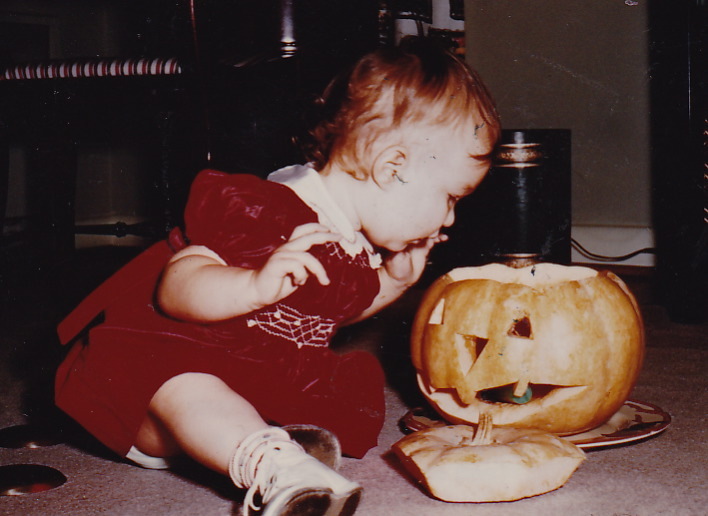 “Carr’s playful, original way with words is evident from the opening pages of this spirited, staccato tribute to fall: “Flutter, flitter / Gold as glitter / Colors crackle / Round the tree / Rake a heap up / Run and leap up / Fall is frisky / So are we!”… With its nimble text and eye-catching artwork, this will be a good bet for teachers seeking fall-themed books.” – Booklist

“These lyrical verses with simple rhymes make this a perfect choice for a quick read-aloud.” – Kirkus Reviews

Fall is my favorite season. Maybe because I was born in the fall. During my first weeks on the planet, the air on my cheeks felt crisp, and the scents riding the air were apple and pumpkin.

Dappled Apples is the third book in my series on the seasons. The others are Frozen Noses and Splish, Splash, Spring. All were illustrated by Dorothy Donohue, and all feature the same 3 children and their dog.

Though the books rhyme, I think of them more as word play. I use a lot of alliteration, which is when the sounds of consonants are repeated, for example, the C sounds in "Colors Crackle," the T sounds in "Tug a tall one," or the P sounds in "Patched-up pirate."

But the books don't just play with consonant sounds. There are also a lot of vowel sounds. Did you catch the Short A sounds in the title itself, "Dappled Apples," or the Double O sounds in "Scoop the goop?" When an author uses vowel sounds that way, it's called "assonance."

Fall is frisky! So are we!

Did you notice the art? Can you tell how it was made? It's collage, of course! Because the pictures are made out of cut-out pieces of paper, which are layered, they almost look 3-D. Take a look at how the illustrator cut out every blade of grass, every little leaf. And how about those thin little strips that make up the eyeglasses? Imagine how much patience those took!