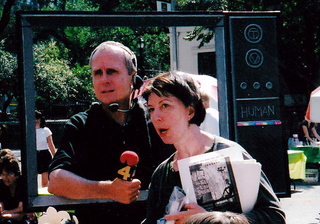 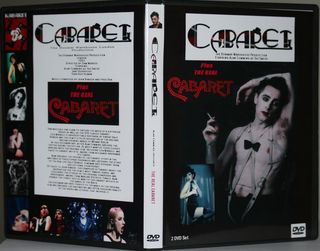 Uh oh, I’m at it again, comparing various dramatized versions of a story to the novel that was the original source material. (See the post below, dated Feb. 12, 2012, on War Horse.) This is always instructive, a great tutorial in dramatic structure. This time I’m tackling Cabaret.

I started with the book of the musical, then decided to go back to Christopher Isherwood’s The Berlin Stories , the piece of fiction that started it all. After that, I read the straight play I Am a Camera by playwright John Van Druten, an interim version that preceded the musical, also based on Isherwood’s stories. To make this sleuthing project even more confusing, each version of the musical Cabaret that’s been produced – the film and all the various stage productions – has revised the book. I concentrated on the book written for the 1990s revival starring Alan Cumming as the Emcee.

So what are some of the oh-so-instructive changes? Isherwood’s stories are a memoir of his time in Berlin in the years leading up to WWII, and are portraits of the people he met there. The stories are linked, but episodic. One story, for instance, is about the irrepressible Sally Bowles, who transferred easily and memorably to the stage. But of course Cabaret had to combine the characters into one story and give that story a single dramatic arc. To dramatize the issue of the encroaching Nazi threat, for instance, the musical created an entirely new character, Ernst Ludwig, who is (spoiler alert) a Nazi, the threat personified.

It also created a romance between the owner of the boarding house and a new character, a Jewish grocer, who courts her and proposes. That gives the story a very pointed dramatic tension – will she, a Gentile, marry a Jew at a time when the political winds are shifting and Jews are increasingly being targeted? What happens when a rock is thrown through the window of his grocery? Or when their engagement party is disrupted by the Nazi guests who object to their mixed marriage? These new plot turns help focus the story.

The musical also, very shrewdly, took some of the nightlife settings in the stories and made them a principle setting. With Sally Bowles installed as a singer at the Kit Kat Klub, the role of the Emcee took center stage. The cabaret numbers serve a dual purpose. They contrast the freewheeling sexuality of 1930s Berlin nightlife with the encroaching nooselike strictures of Nazism. And, very cleverly, they also comment directly on the action of the play.

Life is seldom neatly dramatic. When crafting a story arc, the details have to be shaped. And I do find it instructive to look at material originally written for the page, material that is perhaps a bit more meandering, and examine how that material was adapted in scripts for the screen or the stage, rendering it even more dramatic. Read More